My tour of Great Britain: on a boat in the middle of Loch Ness 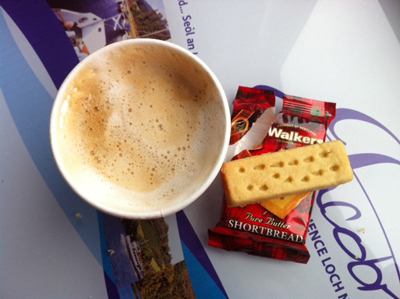 Coffee on this holiday has been thin in the ground, due to our many early starts and the remoteness of our accommodation. I've been making do with cups of tea and taking any opportunity to sit down with any hot drink and watch the world go by.

Our trip to Loch Ness on Thursday was one such opportunity. As I feared, the aforementioned coffee in horribly designed orange paper cups reared it's ugly head and on this occasion it was a particularly horrible one.

It was windy, cold and we were on the roof of a boat; then it started to rain. I decided to go downstairs in search of warmer seating and refreshment. This is where I discovered that they were serving hot drinks. Joy I thought, I nice hot mug of coffee as I watched the world go by on the water, how lovely. I was to watch the world go by on the water, but it would not be holding a nice hot mug of coffee. 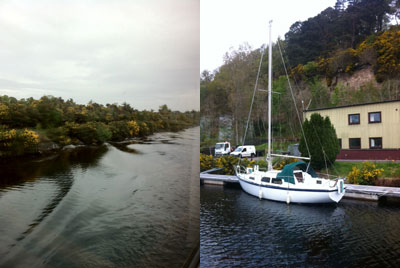 The coffee was produced from one of those machines that masquerades as an espresso machine but is really an automatic, 'the attendant pushes a button and it dribbles out of a tiny nozzle' machines. After I saw this, I dropped my expectations a couple of large steps. The orange cup was put in front of me and as I saw the foam didn't even reach two thirds of the way, my expectations dropped significantly more. I poured some more milk into the cup to make up the shortfall and the lid of the jug dropped onto my coffee cup, nearly spilling the whole thing. This was not going well. 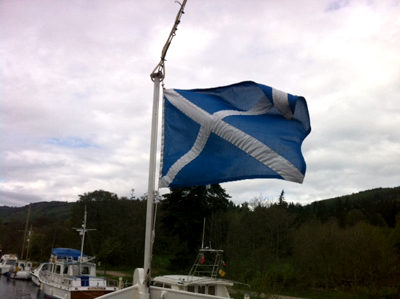 After all that I was left with a pretty mediocrely tepid cup of coffee which was only rescued from disaster by the view I had of the Loch whilst drinking it. It was so bad that I had to go back for another, just to check that it really was that bad.
Posted by Unknown at 7:33 PM

Labels: in a paper cup, Loch Ness, on a boat, Scotland, shortbread, with a biscuit