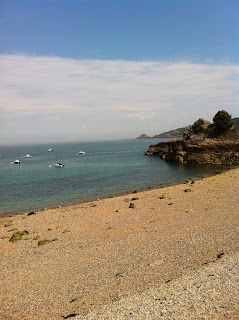 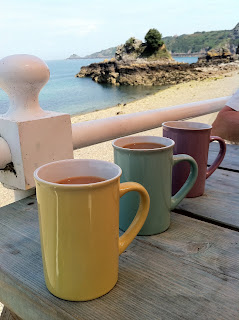 So I haven't really said why or how I came to be on holiday in Jersey. Well it's a bit of a happy coincidence really, I got a free return flight for my Mum and me through Airmiles and we have some long time great family friends for somewhere to stay.

After a minor issue with our bags not arriving from London with our flight (they were dropped off the next morning), we took to the beach at the first opportunity.

The Son of our friends had a diving lesson at a nearby beach cove, so this gave us an opportunity to have a swim and drink a bit of coffee whilst overlooking the bay. I loved the mugs as they came in the colour of beach huts which was quite nice. Had a quick slice of millionaire's shortbread too. 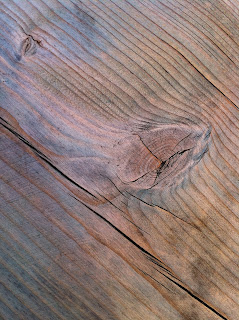 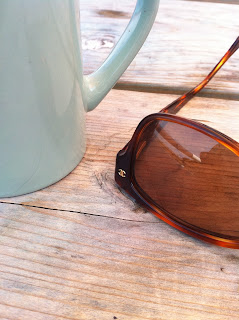 Labels: coffee, in a mug, Jersey, on a beach, on holiday, tea

Jersey Holidays: a coffee house, not a tea house 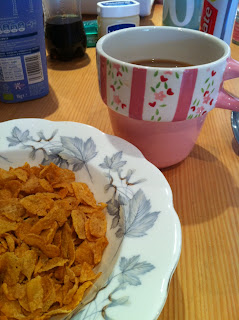 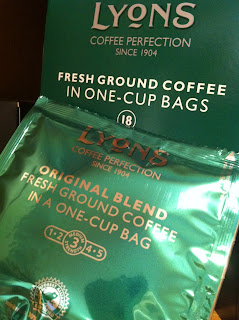 I seem to be in a house in which coffee is offered as its main drink, not tea: this makes me very happy.

How do I think this? They don't have a massive tin of Tetley waiting to make x number cups of tea, they have a nice box dispenser of Lyons one-cup coffee bags instead. And Lyon do make a very nice mug of coffee, perfect with my cornflakes this morning.
Posted by Unknown at 10:06 AM 2 comments:

Labels: coffee, from a bag, in a mug, Jersey, Lyons 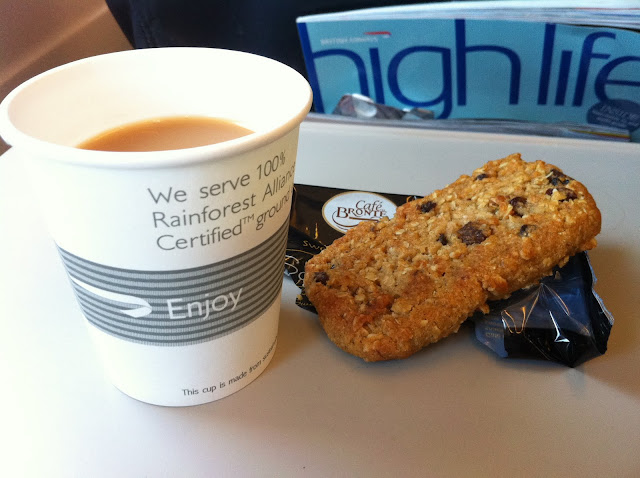 I must admit, I was expecting a little more than a tea in a paper cup and a prepacked oaty biscuit when they said 'afternoon tea' but hey, a free British Airways flight to Jersey, I shouldn't complain. 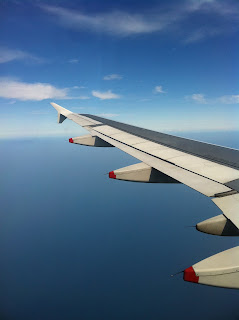 Posted by Unknown at 9:32 AM No comments:

Labels: biscuits, in a paper cup, Jersey, oats, on a plane, tea

An afternoon of tea and tennis for Wimbledon Finals Day 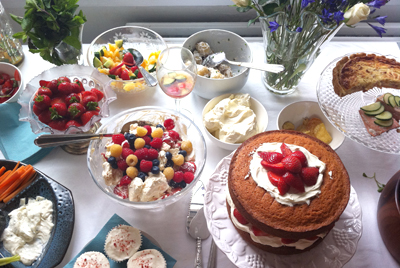 What calls for strawberries and afternoon tea more than Wimbledon Finals Day? As I wasn't able to be at Centre Court myself, I decided to throw a party and watch the match with friends at home instead.

I spent some time deciding on the right food to serve, something quick, which involved little on hand prep from me so that I wouldn't miss a crucial point, something that could also be picked up quickly during change of ends or set breaks and most importantly it had to include lots of strawberries. 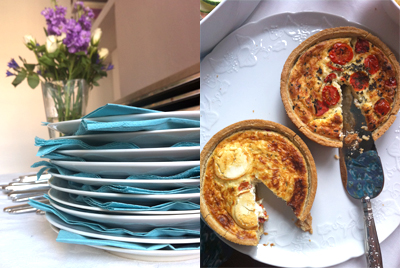 I settled on quiche which I put in the oven during the pre-match, cold cucumber-covered salmon, potato salad, homemade tomato & basil salsa and various other dips & salads - and that's just the savoury.

For sweet I served a strawberry & fresh cream filled Victoria sponge, blueberry, strawberry and red & yellow raspberry Eton Mess. K had made some red velvet cupcakes and L brought along the yellow raspberries which were added into the Mess.


Drinks were Pimms (of course), good old Yorkshire tea to round off the sweet and cava to toast the eventual winner. Well done Djokovic! 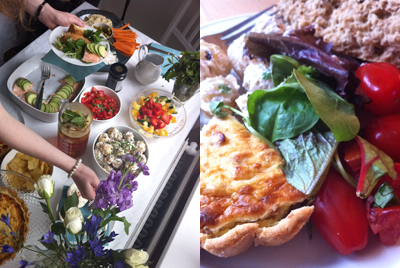 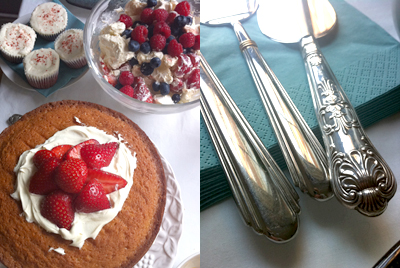 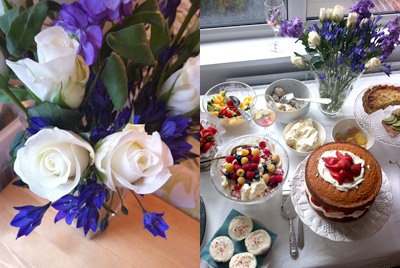 Posted by Unknown at 6:56 PM No comments: