Lunch at the Photographers' Gallery London

On Saturday I had a few errands to run around the Oxford Street area but instead of grabbing a sandwich at a Pret or other such cafe I decided to stop by the newly opened Photographers' Gallery to see what they had to offer. I'd been for coffee before but they've also started doing hot savoury food too. This may seem like a surprise, given the name of this blog but I'm not a complete fan of lots of sugary things so I was really happy to see that as well as doing cakes, biscuits and brownies the Photographers' Gallery café now also has a selection of pastas and other dishes to be warmed up. 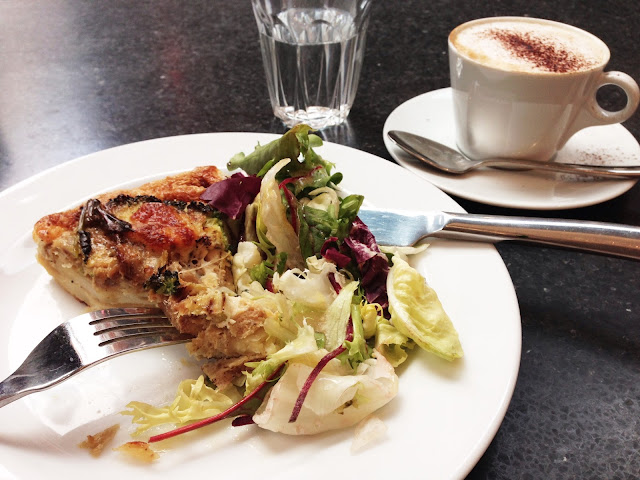 I went for the broccoli and mozzarella frittata which came with a very nicely sized salad and lemon vinaigrette for around four pounds. Sitting at the bar which runs around the corner of the building so that you can people watch through the big windows it's a little oasis from the chain restaurants and bustle of the crowds on Oxford and Carnaby Street which are very nearby. Another thing that was nice is that the cutlery was very nicely weighted - it may seem like a small thing but I'm quite fussy when it comes to it.

After the frittata I had a very nicely foamed cappuccino (my new coffee of choice) which came in a Lavazza mug. I'm never too sure about Lavazza coffee's mugs as I find they have very small handles but this one was one of the better ones.

Following lunch, I headed downstairs to browse the bookstore and see the book I've helped to edit over the last year, Occupy London by Ed Thompson. Occupy London is a photography book at heart with images taken from within the St Paul's camp but also includes essays and commentary about every stage of the movement from setting up camp to the final evictions and beyond. 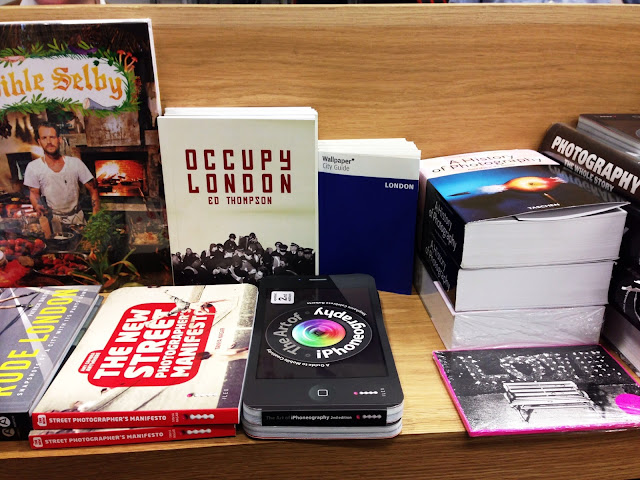 Occupy London by photographer Ed Thompson is available from The Photographers' Gallery bookshop - you'll find it in a nice spot by the till next to The Selby's new book Edible Selby - or from Ed direct, contact him on Twitter