The Breakfast Club - my not so guilty secret 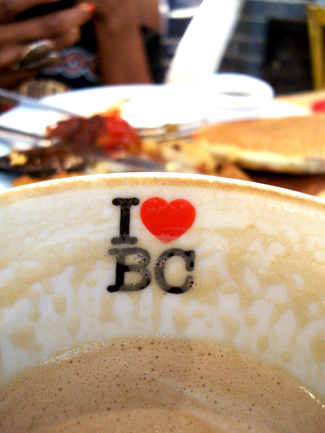 I love breakfast, and I am more often than not caught saying that I could eat breakfast everyday, for every meal. So when D suggested that we go to The Breakfast Club for a Saturday morning catch up I was just so excited.

From the outside, The Breakfast Club in Spitalfields plays it cool. There is no flashy logo'd sign, just the clean white painted frontage with "today is going to be a good day" optimistically painted on it. You would pass this if you didn't know it was there. The only thing that gives it away is a large, train station-like clock, which has the name of TBC on its face and a glimpse of "Sex, Drugs and Bacon Rolls" written in neon on the inside wall.

Go through the door and it's packed, there's a queue of people waiting to be sat at the sanded down trestle-tables and ex-school-canteen chairs. There is definitely a club like atmosphere, you instantly know that everyone is here for one thing, that you are now part of that club and you all share the same guilty secret - except I totally don't feel guilty about it. 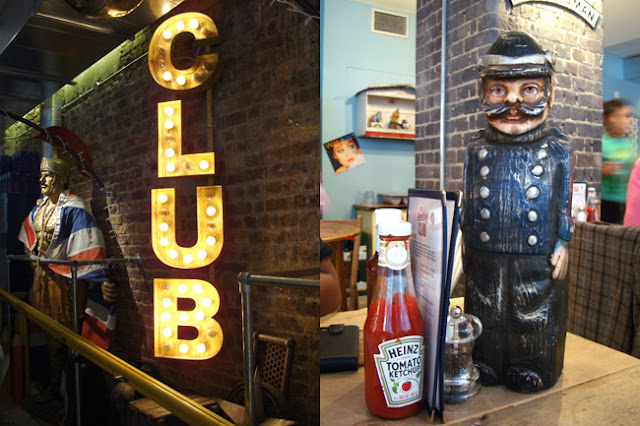 Looking at the menu, there's every kind of breakfast (obviously), it's so hard to choose because you know that, from the food coming out of the diner-style open kitchen, it will all not only look like it's out of a photo-shoot but it will taste amazing too. We went for American Breakfasts but had both decided after looking through only half the menu that we would have to come back again and try something else. 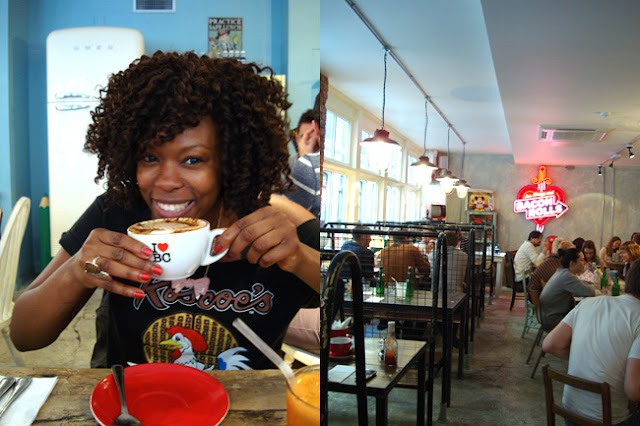 Whilst we waited for our food, we admired the design of the place - vintage, but not try hard - sipped at our wonderfully frothy coffees (me a latte and D a cappuccino) and discussed what we had been up to over the last couple of months. Good times.

When our Americans arrived they were just as good as we'd hoped. If The Breakfast Club did life-time membership, I'd be first on the list. 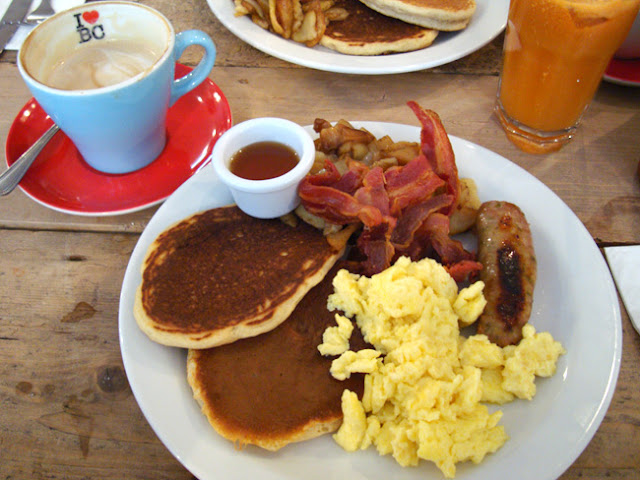